God And Country is a “J” Model North American B-25 Mitchell, and was built in 1944 at North American's Kansas City plant and was accepted for service in the AAF in early 1945 which was too late to see combat. She came out of storage in 1946, and beginning in 1949, served as VIP transport in the new US Air Force until 1958 when she experienced a gear-up landing and was declared as salvage.

She was bought in 1962 by Tallmantz Aviation of Long Beach, CA and began the next chapter of her life as a photo ship for Hollywood. Pacific Prowler has participated in over 80 Hollywood feature films including:
Catch 22
Around The World in 80 Days
For Whom The Bell Tolls
Disney's 360 Degree 'Circle Vision' movies

In the 1960s, this plane flew to all four corners of the world to film the Seven Wonders Of The World at low level for Disney Studios for use in their 360 degree videos as seen at the Disney Parks. In the mid-1980s she was sold to Universal Aviation and was operated by Aces High in the UK (as 'Dolly') - being employed specifically to film The Memphis Belle in 1989. She retired from movie-work in the mid-1990s and went into a serious restoration period. In 1996, while owned by World Jet of Florida, her camera nose was removed and the traditional military nose replaced From 1996 to 1999 she only flew 60 hours, mostly to air shows as "Girls Rule". By the early 2000s she was renamed "Top Secret", and under the operation of 99th Street Inc. of San Antonio, TX, she hardly flew at all; rather, she languished in disrepair in a falling down hangar. In late 2002/early 2003, Jim Terry purchased the aircraft and renamed her "Pacific Prowler". The plane spent the first several months in Tulsa OK, where students at the Tulsa Tech Center and volunteers got the plane airworthy. For the next 10 years, Pacific Prowler flew the airshow circuit flying just over 1,000 hours while being based in Ft. Worth TX. 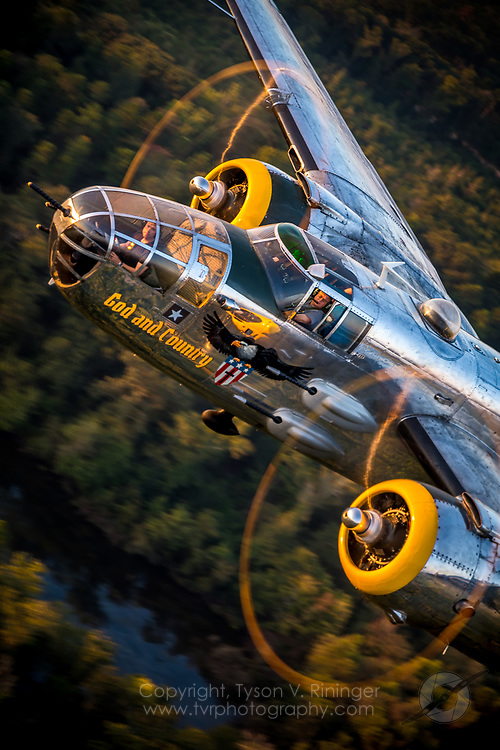