The Waco Nine is a tube and fabric constructed, three-seat open cockpit bi-plane built by the Advanced Aircraft Company. The Waco Nine was the First mass-produced model with about 270 aircraft produced between 1925 and 1926. The Waco Nine holds the Type Certificate number ATC11 and is licensed as a Standard Category aircraft. All the Waco Nine models were powered by the water cooled, Curtiss OX-5 90 HP engine turning 1,400 RPM.

NC1536 was built in 1925 and is serial number 9 off the line of about 270 built. In 2000, Frank Pavliga started what turned out to be a 14 year restoration of this magnificent piece of American History. Forrest Barber made the first flight on Friday, April 13, 2012.

The aircraft restoration is considered by most that have seen it to be a perfect “10”. Frank made every effort to keep the aircraft 100% original down to the steerable tailskid and no brakes! There are estimated to be 10-15 Waco Nine airframes scattered around including several in museums, but it is believed that this is the only flyable example remaining. 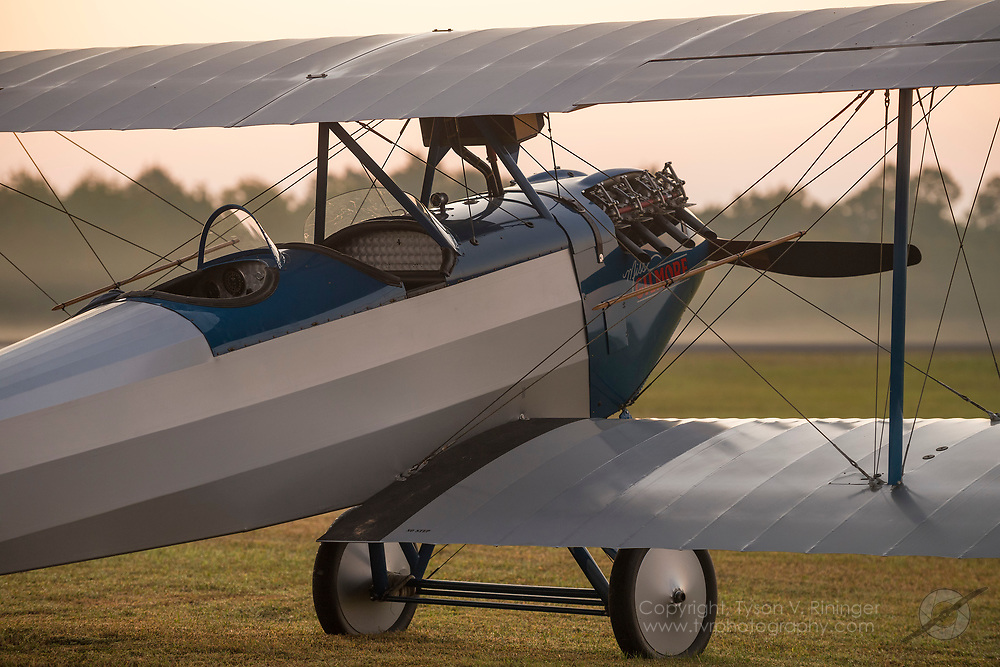